Mark Young puts on his shoulder pads to begin another practice session under a hot August sun on the turf practice fields next to Dexter High School.

As he joins his fellow offensive linemen for another series of drills, Young stands out from the pack. Not because he is the biggest of the bunch and not because he is one of the more experienced players and a senior leader on the team.

Young stands out because he is smiling. Who smiles when they are walking over to begin football drills? Marc Young does – that’s who. He loves the game of football, whether it’s being in the weight room, making big plays in a game or doing offensive line drills in August.

And he liked it right away.

“I liked football because I got to hit kids and not get in trouble,” says Young. “My uncle played at Michigan State and my grandfather played at Central Michigan so football was in the family. I also was a pretty physical kid so football just made sense.” 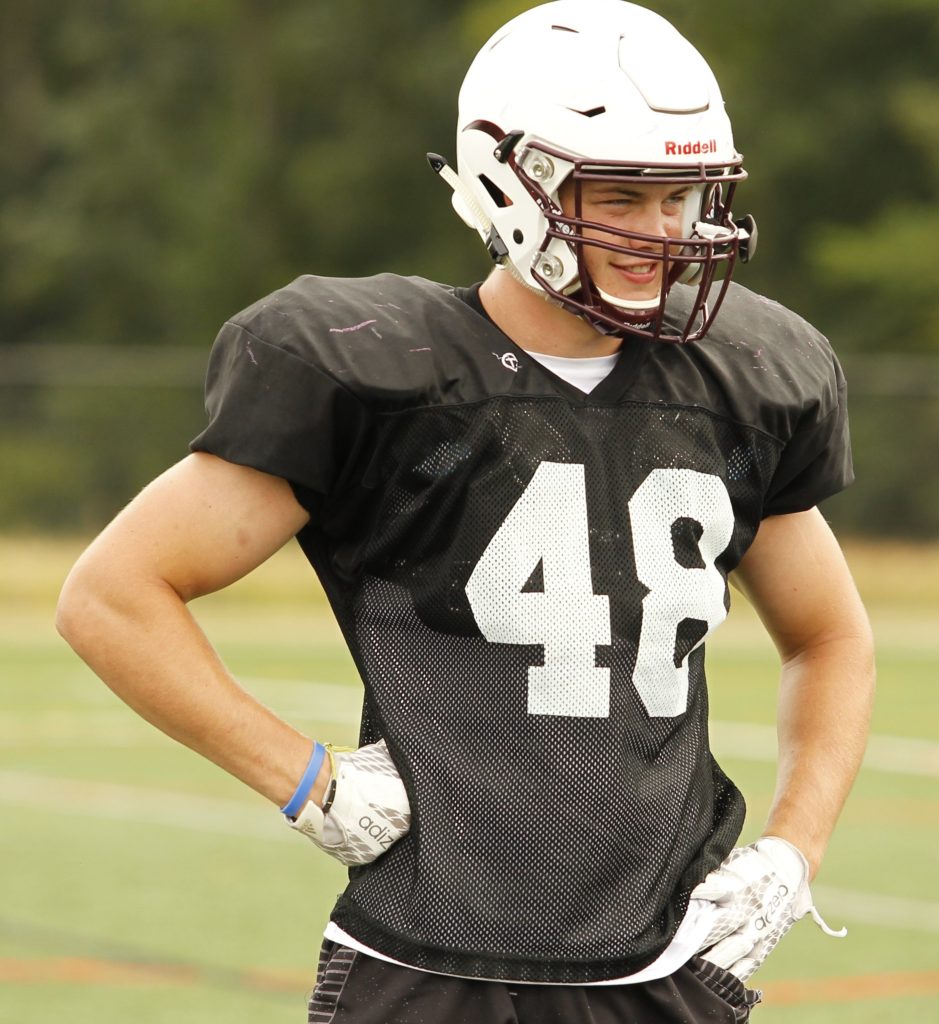 Young helped lead Dexter to a historic season a year ago. It was the first time in school history the Dreadnaughts reached the playoffs.

“Last year was great,” says Young, looking back on that magical ride. “We really put ourselves on the map and became a team that people no longer can take for granted or walk all over.”

Young also played varsity as a sophomore but saw a big difference between that team and last year’s Dreadnaughts.

And they certainly played like they expected to win.

“Two years ago it seemed like everyone was playing for themselves, but last year we played like a team and I think that was a big difference,” Young said.

A big difference this year will be the bulls-eye on the Dexter uniform. Making the playoffs elevated the program to a “don’t take for granted” status and teams will be getting up to play Dexter. This will be the first year in a long time that Dexter begins a season on the same page as the best teams in the area.

“The mindset is to prove that last year wasn’t a fluke,” Young says. “We are a team that will play hard, compete and win football games. And this didn’t start with football practice last week. It started in the off-season. We had a lot more kids in the weight room, more players participating in seven on seven sessions and more strength training to help build up for the season.”

Young says the Dreadnaughts are ready to prove last year wasn’t a fluke.

“We want to beat Chelsea and we want to make the playoffs again,” Young said of the team goals. “We have to keep working hard and push through fatigue and push through softness and understand what the rewards are for the hard work.”

Dexter Coach Phil Jacobs has liked what he seen from his talented lineman as the team heads to the season opener on Friday.

“He has vastly improved from last year,” says Jacobs. “He’s put on muscle, gotten stronger and has even improved his first step. He is a big part of this team and certainly can play Division 1 football next year.”

Football will continue for Young after Dexter. The talented lineman should get plenty of offers to play in college.

“I’ve been talking to a few schools like Central Michigan and Northwestern,” he said. “It all just depends on how everything falls into place. There is some pressure but that’s normal especially when you are trying to get to the top of your sport.” 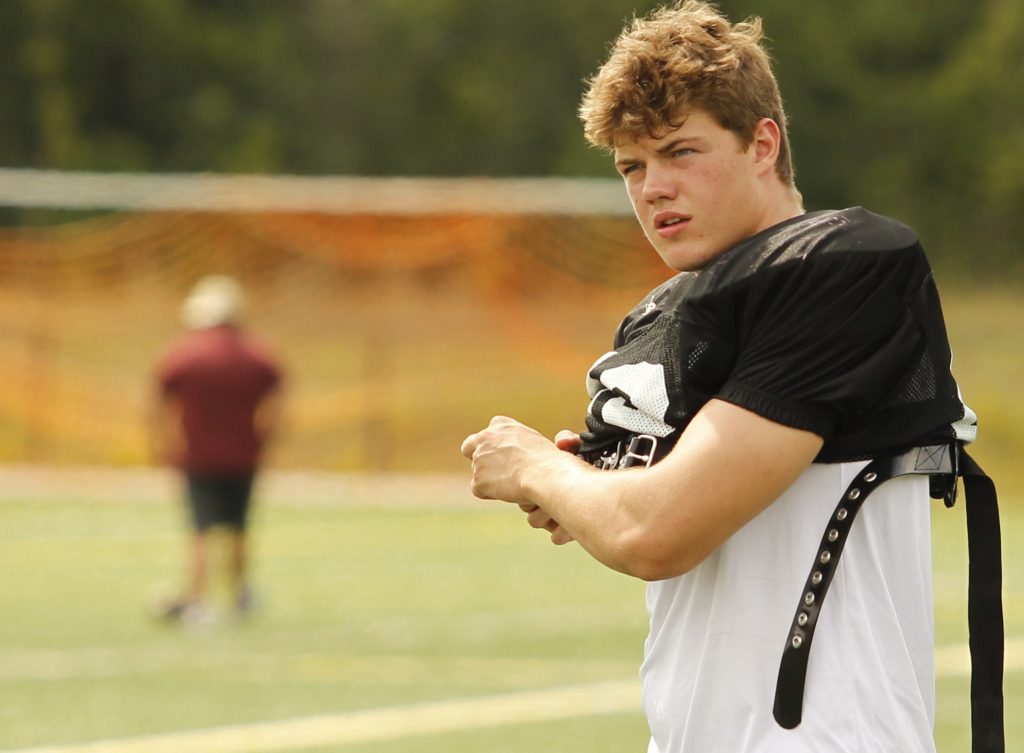 Written By
Terry Jacoby
More from Terry Jacoby
When you walk around the Ann Arbor Art Fair this week you...
Read More