The rain held off and the temperatures were cool and comfortable with only a slight breeze to deal with during Wednesday’s Division 1 Golf Regional (Region 6) at Lake Forest Golf Club in Ann Arbor. While the weather was mild the race to the top of the scorecard was scorching hot as a hot field battled for the top three spots and a trip to the State Finals.

Skyline, the champions of the competitive Southeastern Conference (SEC), fired a 313 to grab the top spot. As expected the Eagles needed almost every stroke they could land because crosstown rival and SEC foe Pioneer was right behind them with a second-place score of 316. Five players covering 18 holes and just three shots (a missed putt here, a bad chip there, a tee shot in the drink) separated the top two teams.

The competition didn’t end there. The fight for the third and final State Finals spot was just as close. Dexter made every shot and fired a team score of 332 to land third and stamp their ticket for the June 7-8 State Finals at The Fortress in Frankenmuth. It was an exciting day for the Dreadnaughts who finished just three strokes ahead of Saline (335), eight better than Huron (340) and 11 better than Jackson (343). 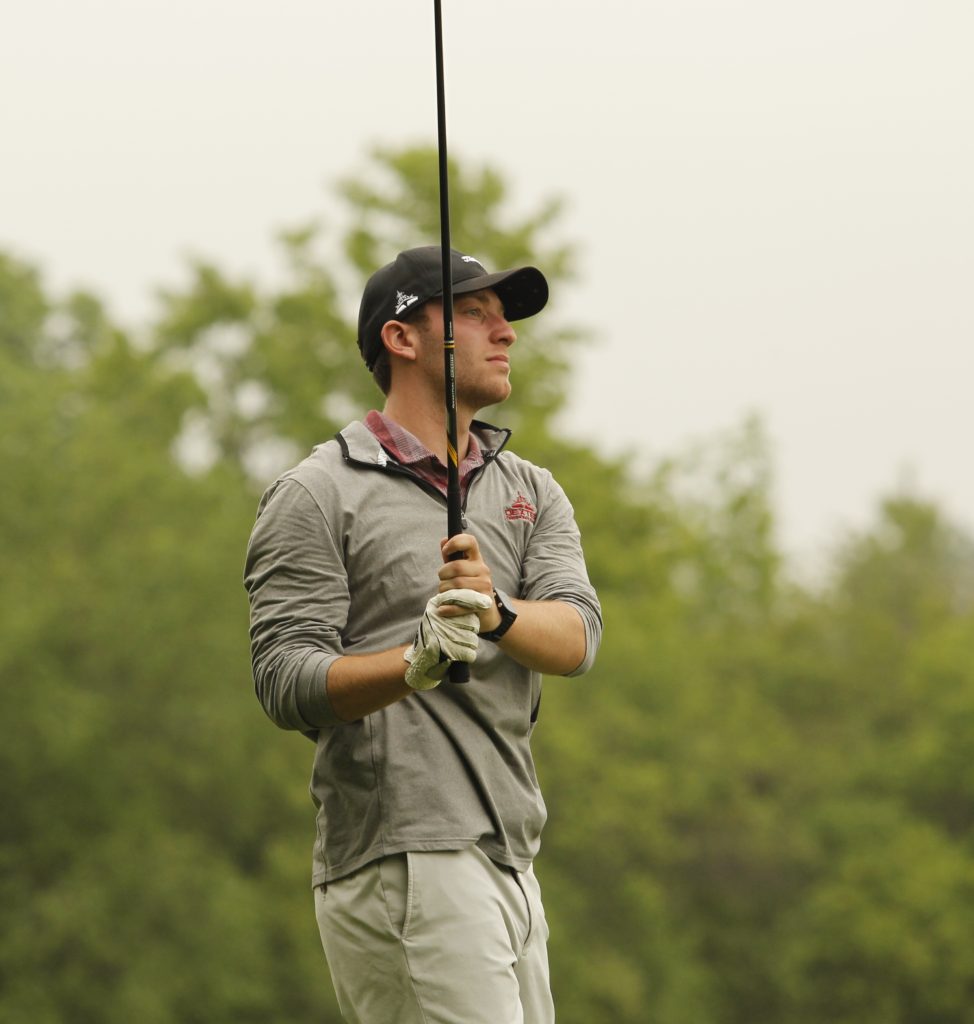 Wyandotte Roosevelt only had two golfers in the field, but one of them is heading to Frankenmuth in two weeks and not for the chicken. Elliott Bernaiche fired a 79 to place second overall in the individual standings for players from teams that didn’t qualify. The top three individuals from non-qualifying schools also earn a trip to the state finals. Bedford’s Gaige Keane (75) and Saline’s Josh Finn (80) also earned a spot at The Fortress.

The Eagles had three players shoot 80 or lower with an 84 as the highest score on the card. By the way, Skyline won the Regional without a senior in its top five placers. Juniors Cam Cowland (74) and Shaunak Bhagat (76) led the way for the Eagles. Sophomore Vimal Alokam shot an 80, junior Joe Trudeau carded an 83 and freshman Luke Richard shot an 84 for the champions.

The Pioneers not only took second but they too did it with a scorecard of mostly underclassmen. Junior Colin Flanders led the way with a Regional-best score of 73. Junior Ed Shen fired an impressive 76. Junior Xavier Lee shot an 83, senior Davis DeRosia fired an 84 and sophomore Junah Whitelocke carded a 93.

Senior Kyle Knapp led Dexter with a solid 78 followed by junior Jack Evans who shot a 79 to give the Dreadnaughts two scores below 80 to help set the table. Sophomore Jack Kolka (81), senior Matt Keogh (94) and sophomore Joey Fracassi (102) helped send Dexter to the state finals.

Huron had a consistent round with four players in the 80’s led by senior Will Chung (83) and junior Julius Stuhec (84). Senior Carl Innes shot an 85, sophomore Peter Hagan carded an 88 and senior Jack Harrison shot a 100.