Mary Scilzo, the Scilzo’s granddaughter, a University of Michigan student, and now Deputy Commander for Seniors at Major Kevin A Adams Memorial Composite Squadron, said of her service in the Civil Air Patrol, “It is a special way that I can participate in something that they believed in and enjoy doing.

“They created a heritage of participating in and leading in an organization that has continued to change lives throughout the years.  Being part of that is a unique opportunity and a way for me to show my respect for them.” 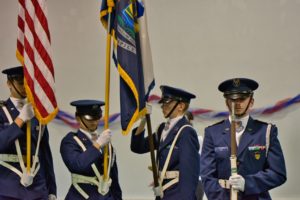