Give Dexter school officials credit, not only did they go through an “extensive” search to find the next varsity boys’ basketball coach, they found a coach qualified, energetic and passionate about captaining the Dreadnaughts to big things this upcoming season and well into the future.

“We went through an extensive process and had a very strong pool of candidates,” said Dexter Schools Superintendent Chris Timmis. “We had a committee involved in the search and really looked hard to find the best fit.”

That “best fit” was Jason Rushton, who spent the past two years as a varsity assistant at Saline and before that was the JV head coach at Pioneer for five years.

There are several things that jump off the page with Rushton – and Timmis is right in that both Pioneer and Saline have long been strong programs. He also knows about winning – both as a player and a coach. In high school, he was a key member of some very successful teams at Royal Oak Kimball (2001) and then played on some outstanding teams as a baseball player at Eastern Michigan.

A three-sport athlete in high school, Kimball was a catcher at D-1 EMU. Catcher, by the way, is not an easy position to play and is considered the quarterback on the baseball diamond. It takes a special athlete to play catcher at a D-1 school. 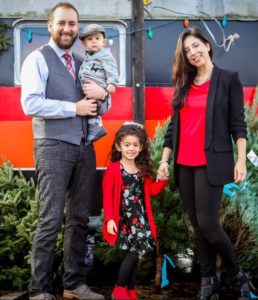 With 12 years of basketball coaching experience in his locker, Rushton wasn’t “rushing” to find the first varsity job he could find. He lives in Saline with his family and works in Ann Arbor so close to home was near the top of his job priorities. And Dexter was not only close to home but the basketball program was part of a strong and well-respected athletic department and thriving community.

“Running a varsity basketball program was something I’ve been pursuing ever since I got into coaching,” Rushton said. “I’ve been asked if I was interested in programs in other districts but they were too far out of my comfort zone. I felt like I could make a bigger impact with a program if I was close to home. Kids today want to get in the gym and they want to get better and I want to be that coach who can be there when the time is available.”

After five years as the JV coach at Pioneer, Rushton applied for the varsity job when it became available but didn’t get it – current coach Rich Marion, who had been with the program longer, got the job and has done well with the Pioneers.

“If you continue to do good things then good things will happen,” Rushton says. “That’s always been my mindset. And the Dexter job is a very good thing.”

Being on the bench for two years at Saline and the previous five years at Pioneer, Rushton is quite familiar with the SEC and of course the Dreadnaughts.

“They are very similar to Saline with regards to the type of player,” he says. “They are strong kids who come from strong families. They are hard workers, bring a lot of energy and are very coachable. They are great students who want to be students of the game as well. And that’s what I’m most excited about.”

Rushton also is familiar with many of the current Dexter players from his time at Saline and also through summer leagues, camps and AAU. “I’m looking forward to now coaching them,” he said.

Rushton was an assistant for the Hornets this past season and Saline made quite a buzz at Districts, first by knocking out Pioneer and then almost defeating eventual state champion Lincoln in the finals.

“We had lost to them twice in the regular season,” he said of the Pioneers. “We improved a lot during the regular season and had a lot of confidence going into Districts. We didn’t forget those two losses to them. We did a good job scouting them and we were prepared for them and it showed during the game.”

They almost took down freshman sensation Emoni Bates and the Railsplitters in the District final.

“We thought we had that magic still going and had a one point lead with a little over 3 minutes left but Bates hit some really long and tough three-pointers to win the game,” he said. “We did a great job defensively on him until the very end when he hit a couple 30-footers on us with a hand in his face.”

Rushton now hopes to find that magic in Dexter. He will have a strong group of returning players to start with and hopes to have the Dreadnaughts competing for league, District and beyond titles in the very near future.

Written By
Terry Jacoby
More from Terry Jacoby
The Dexter soccer team had trouble putting the ball in the net...
Read More