Day one of the Detroit FIRST world competition got off to a scary start for the Dreadbots.  In the first match, a loose connection left the Dreadbot Mark IX nearly dead in the water.

Fortunately, the Dreadbots caught a rare break in having terrific alliance partners who carried the match to a win. The four rankings points kept the Dreadbots up at the front of the pack of teams on Curie field.

Curie features teams from India, Israel, Canada, and the United States, and it includes some of the most accomplished teams in the world.  It is one of six fields in play at the Detroit championship.

The Dreadbots came through to win a hard fought second match, then survived another scare, winning their third match despite the robot falling over as it tried to climb onto a platform.  The two close wins saw them fall a little in the standings, but still holding in the top fifth.

Their fourth match saw tough defense from the opposing alliance, but again the Dreadbots’ alliance won, moving them to 4-0 for the day and leaving them ranked 13 on the field.

The Dreadbots closed out the day with a dominant performance, getting the maximum ranking points in a solid win.

At 5-0, the Dreadbots closed out Thursday ranked number 10 of the 68 teams on Curie field, in excellent position for a shot at the playoffs.  Friday will bring another five matches. Alliance selection for the playoffs are Saturday.

All photos by Dan Robelen 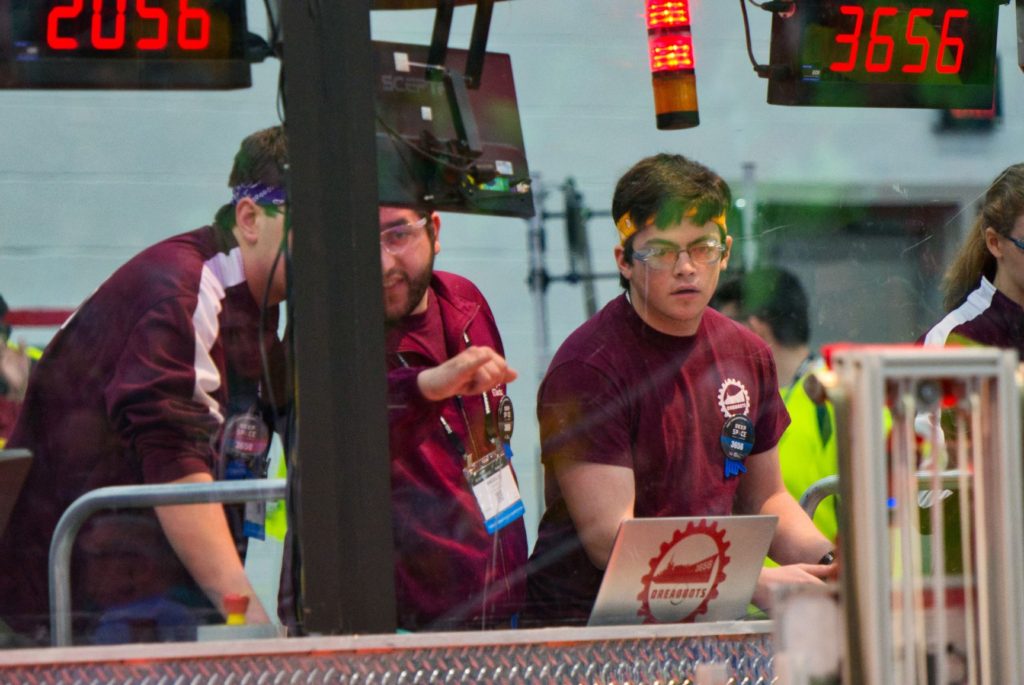 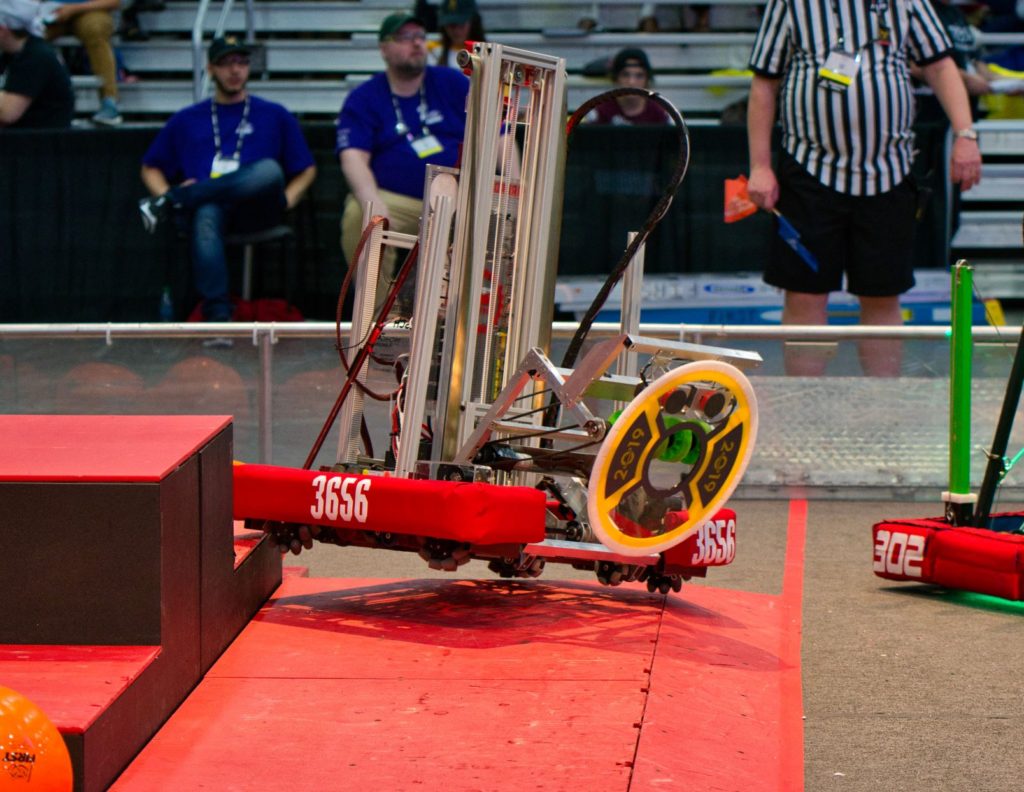