The history of Dexter comes to life during the third annual Night at the Museum hosted by the Dexter Historical Society from 7-9 p.m., May 10 at the Dexter Museum.

This year’s theme is Family Bible and the museum’s genealogist will be present to help residents trace the history of the founding family as well as the history of older properties.

“Because people didn’t travel far, they married closed by, so it’s very interesting how these families connect,” said Carol Jones, treasurer of the Dexter Historical Society.

Approaching Dexter’s 200-year anniversary, Jones says the museum plays an important role in maintaining the history of the town.

“The heritage of our past reflects into our future,” Jones said. “Many people don’t know the history of their family, so we try to teach them.”

This annual event functions as the largest fundraiser that is uniquely held by the museum. Admission is a $25 (tax deductible charge) which includes refreshments and a self-guided tour of the museum’s exhibits. 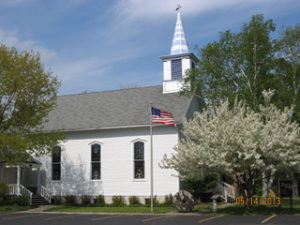 Items in the museum have been donated by Dexter families and have special significance to the history of the town. Most exhibits have placards that describe what the item is, and the museum volunteer staff will be available to answer any questions.

The main exhibit changes yearly, sometimes twice. But many of the other exhibits are on display all year, like the model train in the museum’s basement built by Keith Hoatlin, the former fire chief of Dexter. The family donated the train to the Museum after Mr. Hoatlin passed in 1993.

“People tend to gravitate to that,” said Jones.

According to Jones, the model includes re-creations of real-life events from the city. It is not the primary focus of the night’s event, but it should not be overlooked.

This will be the first major event since the museum opened its doors to the public for the first time in their new building.

The building is the old St. Andrew’s church, built in 1883, and was rescued from demolition by the Historical Society who paid to lay a new foundation and move the church to the current location.

Previous themes of the upcoming event included historical wedding dresses and a tea party. The first year highlighted the arrival of the railroad in Dexter.

Please call the Museum at 734-426-2519 or email DexMuseum@aol.com by May 6, 2019 for a reservation. Your tax deductible donation will help keep the Museum operating.