It’s hard to believe that Rob Smothers is beginning his seventh season as head coach of the Dexter tennis team. It seems like yesterday that Smothers showed up with a racket full of enthusiasm and positivity, eager to lead the Dreadnaughts.

Smothers is the same guy as he was seven years ago – although he won’t be playing much tennis for a few months after hurting his knee in February. Still, he likes what he sees from a team that is well balanced with seniors and youngsters.

And it all starts with effort.

“The girls have a great attitude and work ethic, so hopefully we can turn that effort into victories,” says Smothers. “Our goal always is to win the SEC White and qualify for the State Tournament. 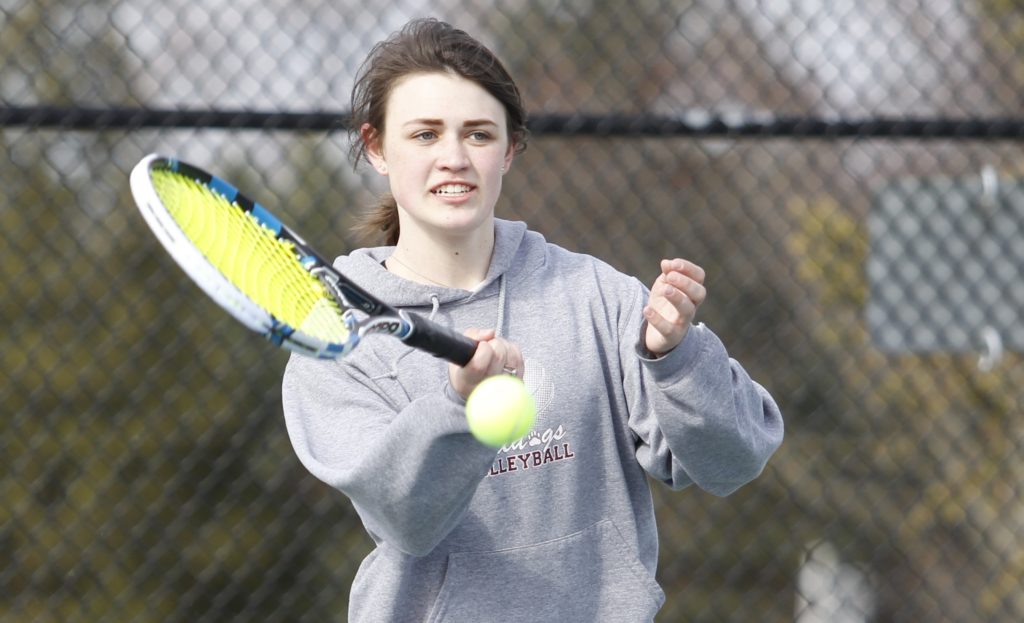 “Chelsea is really tough, so we hope to improve each year and challenge them for the title.  If we are competitive with Chelsea, it will put us in a great position to be competitive in our Regional.”

Dexter went 3-4-1 last year and took second in the SEC White and fifth in Regionals.

Top newcomers include sophomore Tara Lessnau, who will play one singles, and freshmen Janelle Hubert, Emily Hutchings and Ella Diab.

Written By
Terry Jacoby
More from Terry Jacoby
The Dexter Dreadbots finished second this past weekend at Ypsi-Lincoln Districts to...
Read More