Nicole Bow says she first joined track because she wanted to be part of a large team. Fast forward to her senior year and it’s still about the team for the outstanding Dexter senior athlete.

When it comes to listing off her career track and field highlights, she starts with the team.

“Being part of the Dexter women’s track and field team and winning three consecutive SEC championships to date is one of the highlights so far,” says Nicole.

Of course another highlight is when Nicole earned more points for the Dexter track team than any other athlete (male or female) the past two years. And the highlights just keep coming:

She qualified for Regionals and States all three years of high school.

She was named team MVP in her sophomore and junior years. 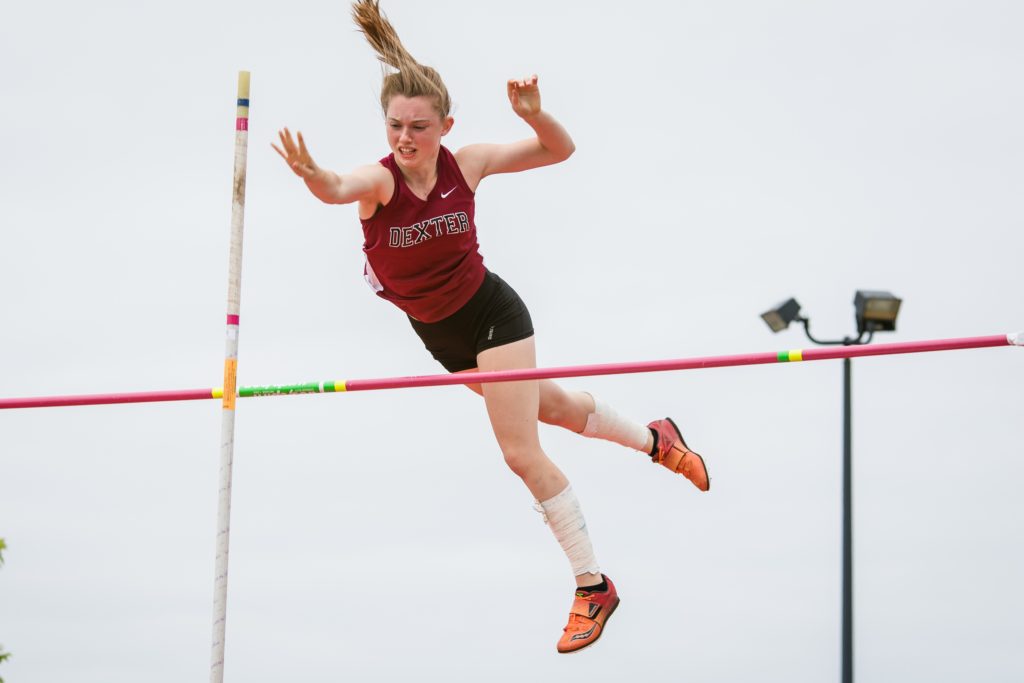 She was named Washtenaw Area Track and Field “Track Athlete of the Year” in 2018.

And those are just the overall honors. Let’s get sport specific.

There are more but you get the point.

Nicole also is quite proficient in the long jump, beating a long-standing Dexter High School record with a 17’1” jump to get her name on the record board at DHS.

Dexter pole vaulting, thanks to longtime coaches Geoff and Janell Gerstner, has a long tradition of success. The Dreadnaughts send more pole vaulters to the outdoor state meet than any other school. So the combination of experience and well-versed coaches along with Nicole’s natural athletic ability and incredible work ethic helped vault this talented Dexter athlete to not only great heights but record-breaking heights. 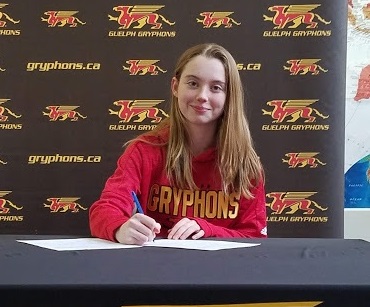 “It was serendipity that we moved to Dexter and we had the opportunity to work with Coach and Janell,” said Nicole’s mom, Debby.

While track is run in the spring, getting to Nicole’s level requires a year-round commitment.

“In the winter season, I train for and compete in the Michigan Indoor Track Series, focusing on building up strength and improving form so that I can peak during spring season,” she says. “I also compete at fun pole vault meets during the summer to help retain my form. Training consists of weight lifting with the Iron Dread program, running, core exercises, as well as individual event work for hurdles, jumps and pole vault.”

After giving gymnastics more than just a tumble – it was a big part of her life during most of her formative years, advancing to Level 7 before losing interest – Nicole said she started looking for another sport to keep active. In middle school, she chose track because of the “variety of events as well as the opportunity to be part of a large team.”

She seemed to leap to success pretty quickly and only got better over time.

“I was pretty fast and strong, and knew I wouldn’t be fearful of jumps and hurdles because of my gymnastics background,” she said. “It takes a lot of practice of technical aspects in each event to improve, so it took a while for me to start breaking records.”

She hopes to add to those records in her final lap around the track at Dexter in the spring.

“Indoors, I hope to win the MITS state meet in the pole vault and triple jump,” she said of her goals this season. “At indoor nationals, I would like to place on the podium for the emerging elite category.

“Outdoors, I would like to qualify for states in three events: pole vault, long jump, and 300m hurdles. I also hope to win states in pole vault and break our school record of 12’7”.  Also, I want to help the team win a fourth straight SEC championship.”

Nicole, the daughter of Dave and Debby Bow, also puts up impressive results in the classroom, including a 4.0 GPA. After high school, she plans on attending University of Guelph in Ontario in the fall. They are ranked No. 1 among all Canadian university track programs.

“I chose Guelph because it is the perfect combination of academics and athletics that I was searching for,” said Nicole, who also is a member of the National Honor Society and Chamber Orchestra (cello) at DHS. “Their men’s and women’s track teams are the best in Canada, and they boast a reputable Human Kinetics program. In addition, they have a beautiful campus and athletic facilities, and the school is only three and a half hours away from home.”

Written By
Terry Jacoby
More from Terry Jacoby
The 2020 Dexter football schedule has been released as the Dreadnaughts take...
Read More